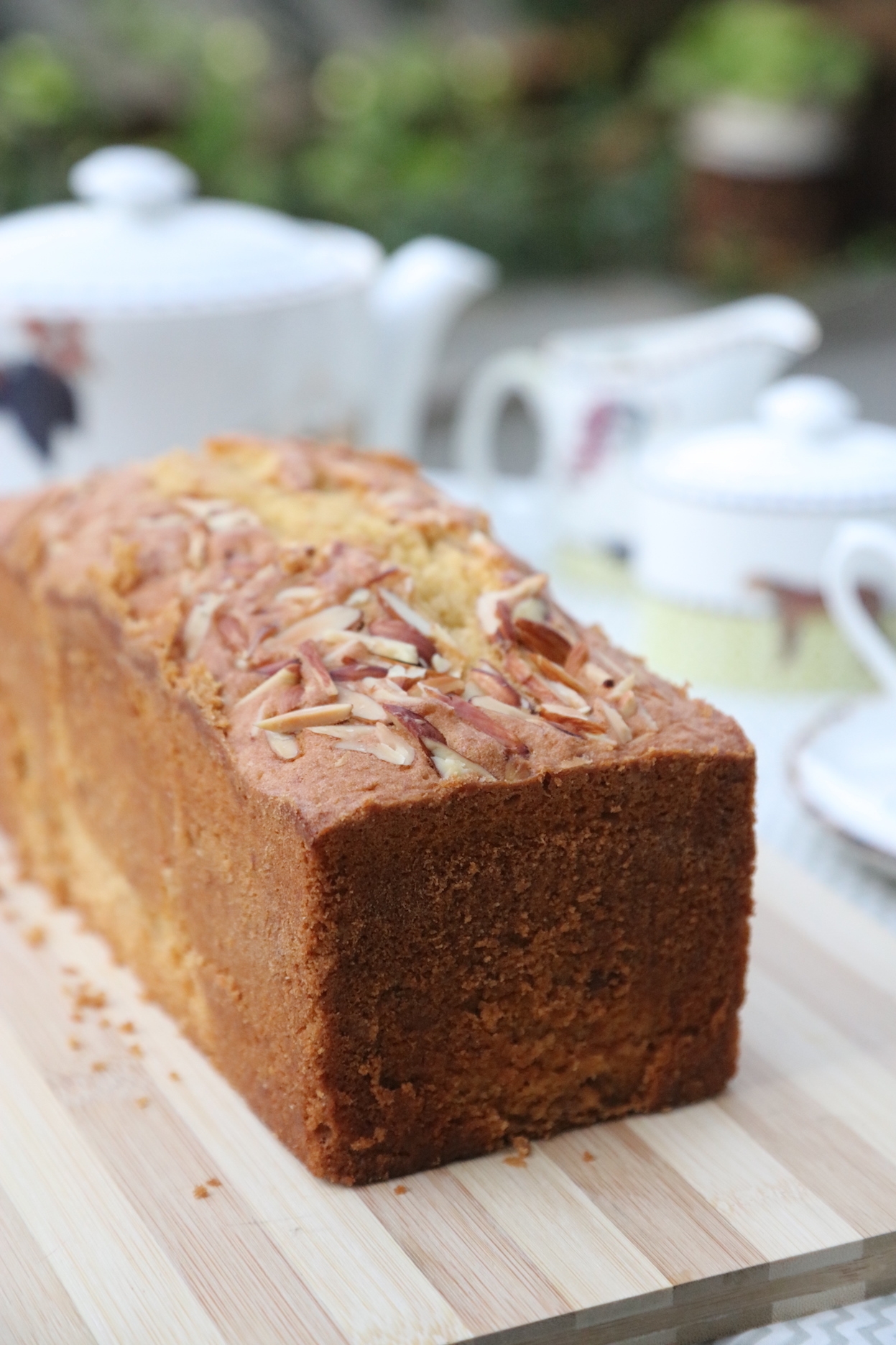 THIS MAKES A LARGE 10 INCH BY 4  BY 4 INCH LOAF. YOU CAN USE  2 OR 3  SMALLER LOAF PANS INSTEAD IF YOU WANT TO MAKE THEM TO GIVE AS GIFTS. THIS CAKE HAS A DEEP ROASTED ALMOND FLAVOUR AND AN ALMOST MARZIPAN LIKE RICHNESS. ITS LIGHTER THAN A TRADITIONAL POUND CAKE BECAUSE IT USES LESS BUTTER AND EGGS. 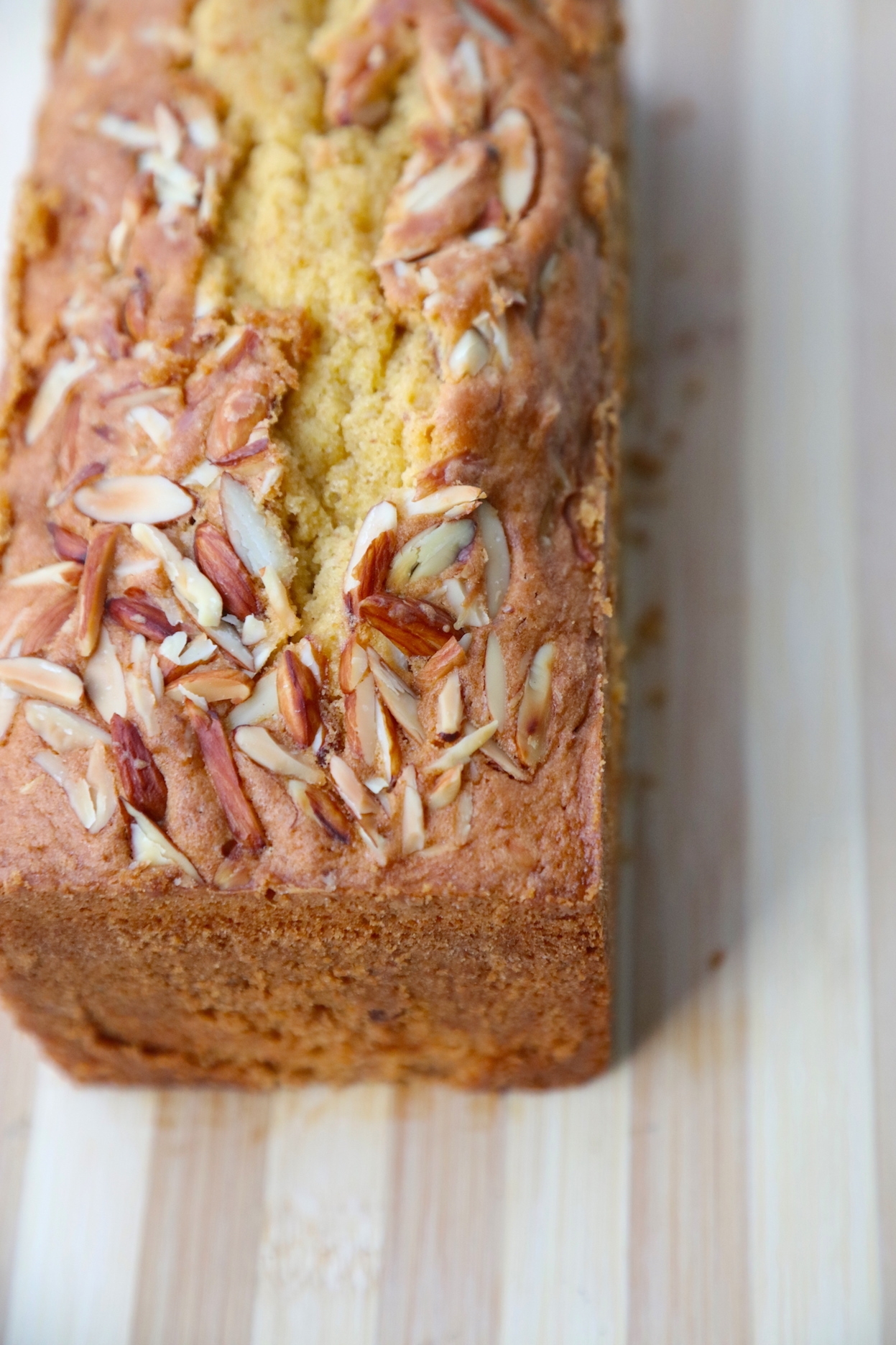 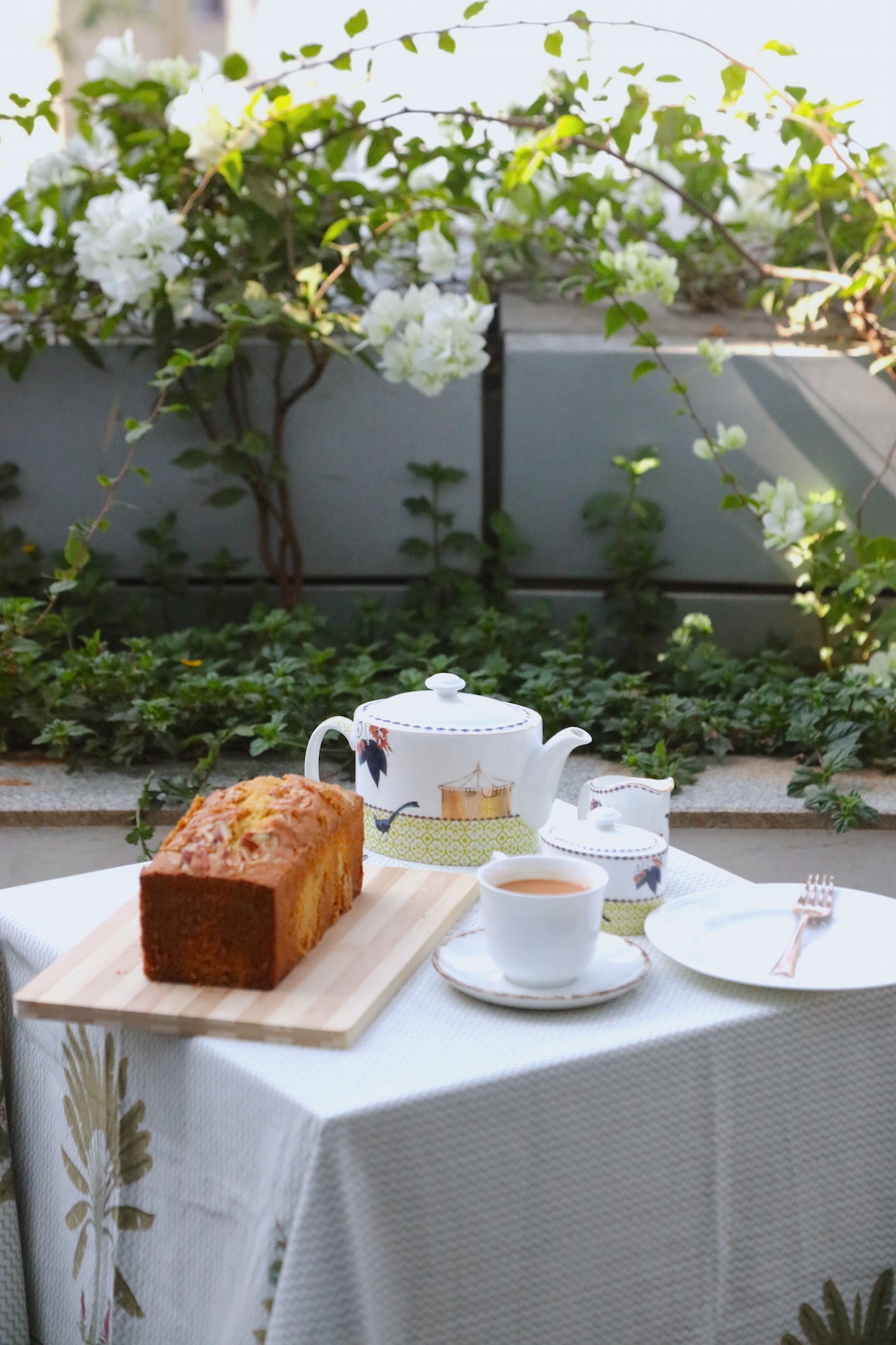 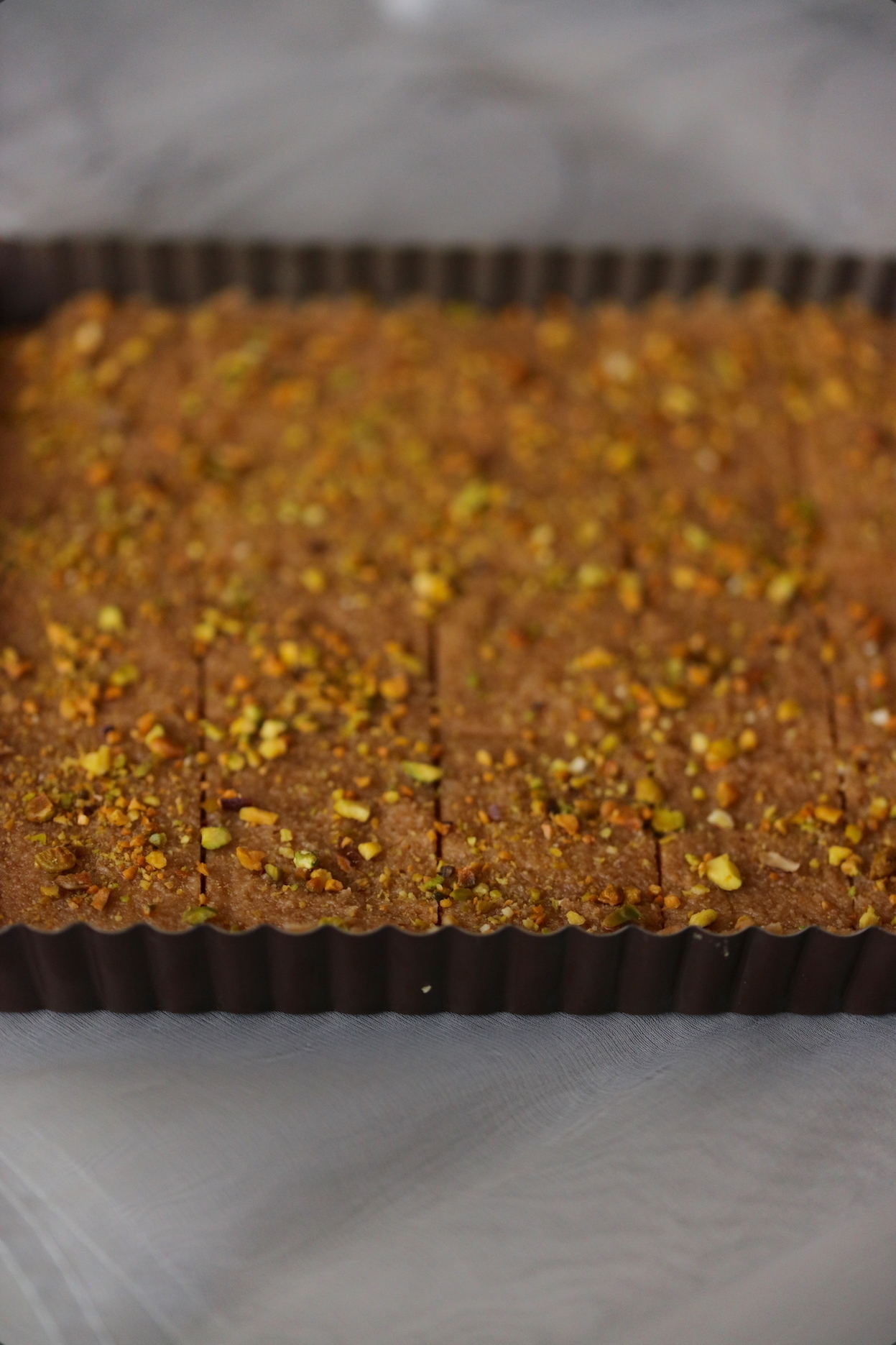 Combine sugar milk, condensed milk, butter and salt in a heavy bottomed saucepan and Cook on a medium flame until fully incorporated and sugar has melted. Continue to cook another 13-14 minutes stirring constantly on medium heat. Mixture will froth and bubble. Scrape and stir to prevent burning.

Add almond extract stir well and remove from the fire.

Cool exactly five minutes then start beating it using a hand held or stand mixer until mixture gets thick and sticky about 10-12  minutes.

Spread mixture into a pan and sprinkle with badam pista kaju mixture. Let set 3-4 hours then cut into squares.

Stir in an airtight container in a cool place for 2-3 days.

Toast the coconut in a dry non stick skillet about 4-5 minutes. Dont brown, just dry the coconut out a bit. Reserve. Crumble the khoya or mawa and saute on a low flame with ghee until bubbly and soft. Add condensed milk and stir well. Add powdered spices and saffron with milk and stir again. Add coconut and stir until mixture comes together. Stir until bubbly. Taste for sugar and spice levels and adjust to taste. Switch off flame and let mixture cool 10 minutes. While it is still warm divide into 8 equal parts and roll each into a ball. Cool completely and keep refrigerated in an air tight container for 48 hours. 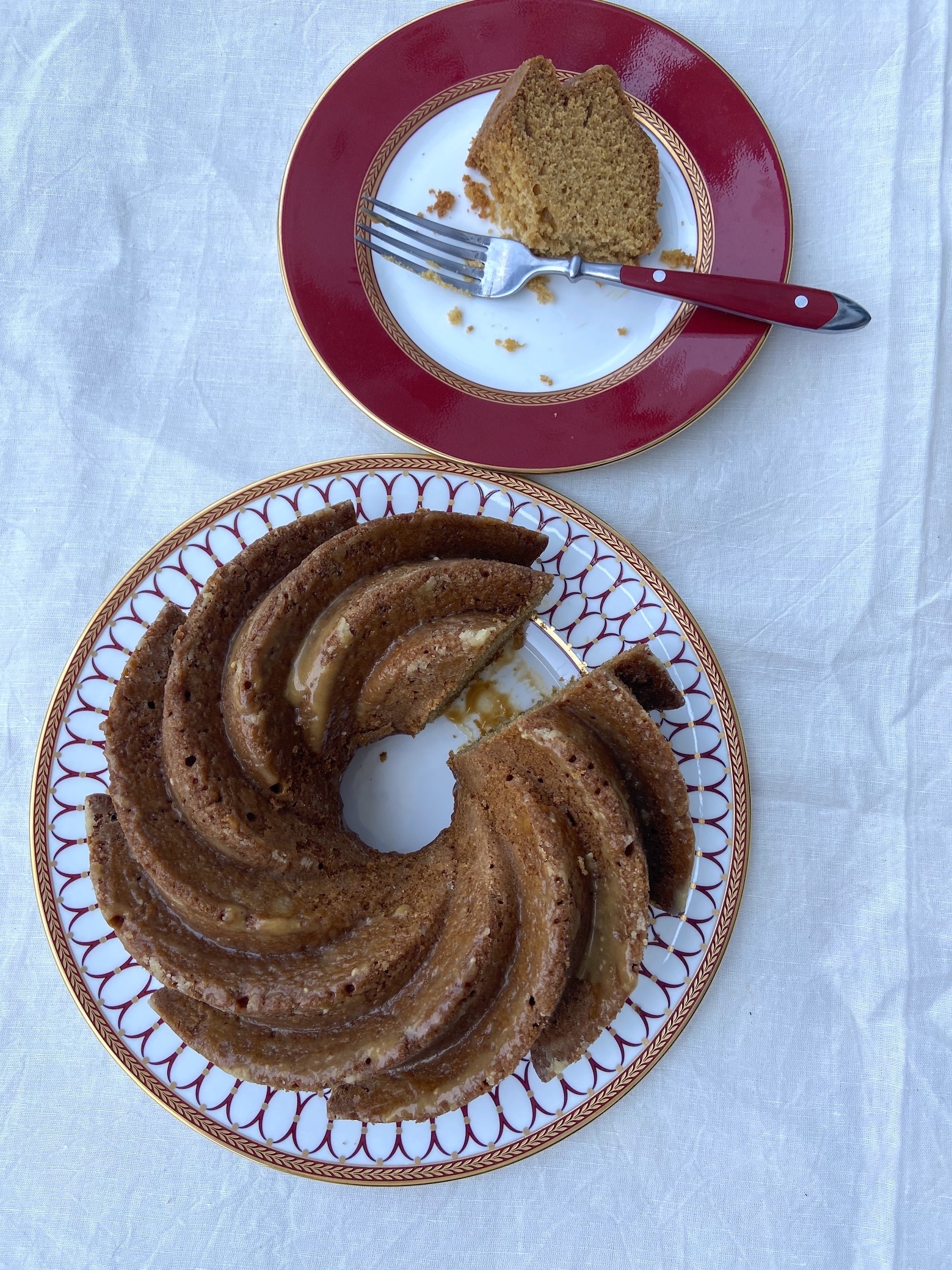 This recipe can be adapted for different flavours. You can substitute the rum with caramel or maple water. You can use cinnamon instead of nutmeg and allspice. Whiskey is also an option to dark rum. Make sure to butter and flour the pan evenly and preheat oven to 350F. Watch Bundt Cake Tips on my Instagram profile or Facebook Videos.

Stir together 2 tbspns maple syrup and one cup hot water. Cool then add to batter.

Heat 3 tbsp caramel or toffee sauce with 1 cup water until dissolved. Cool and add to batter. 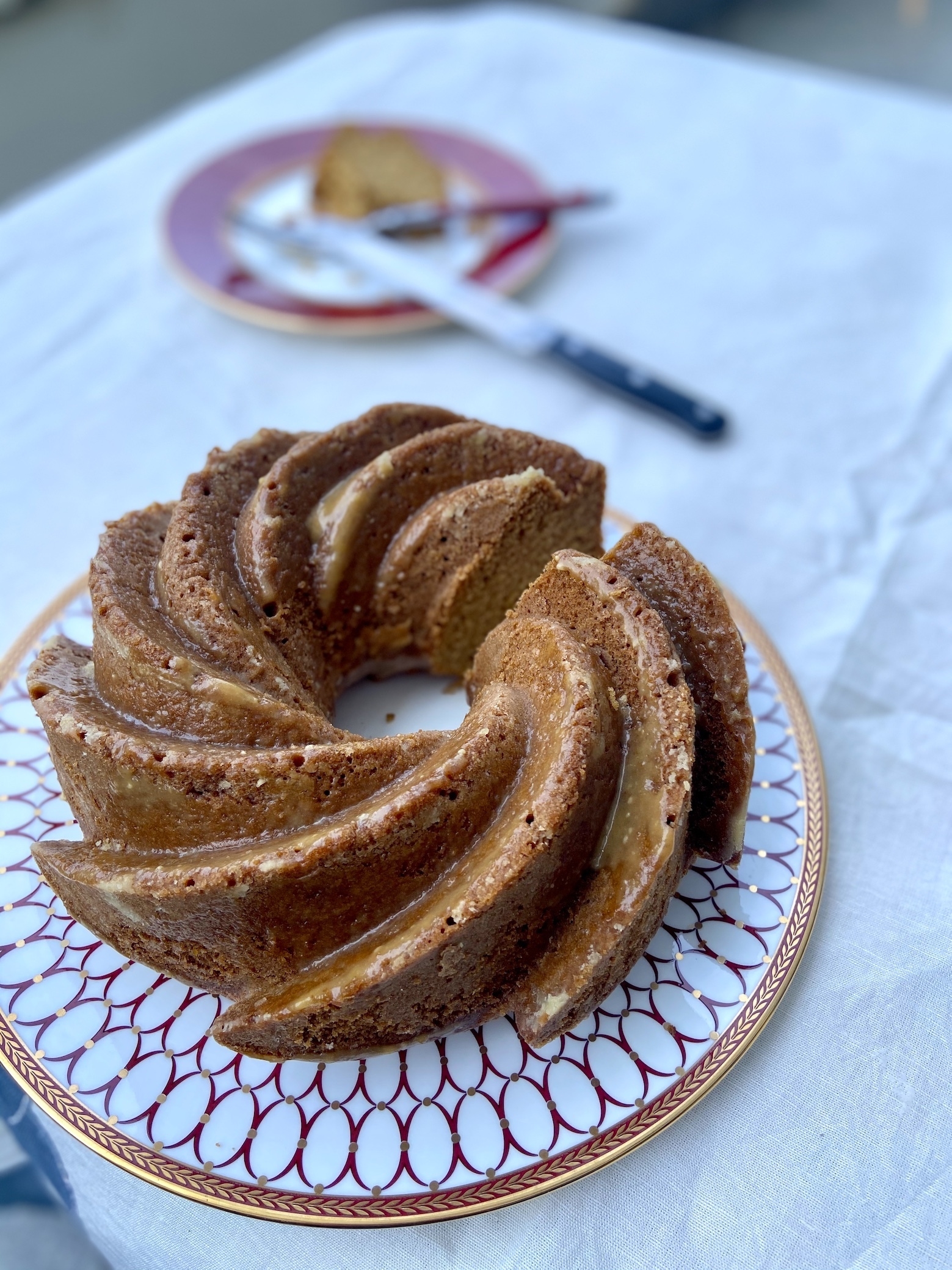 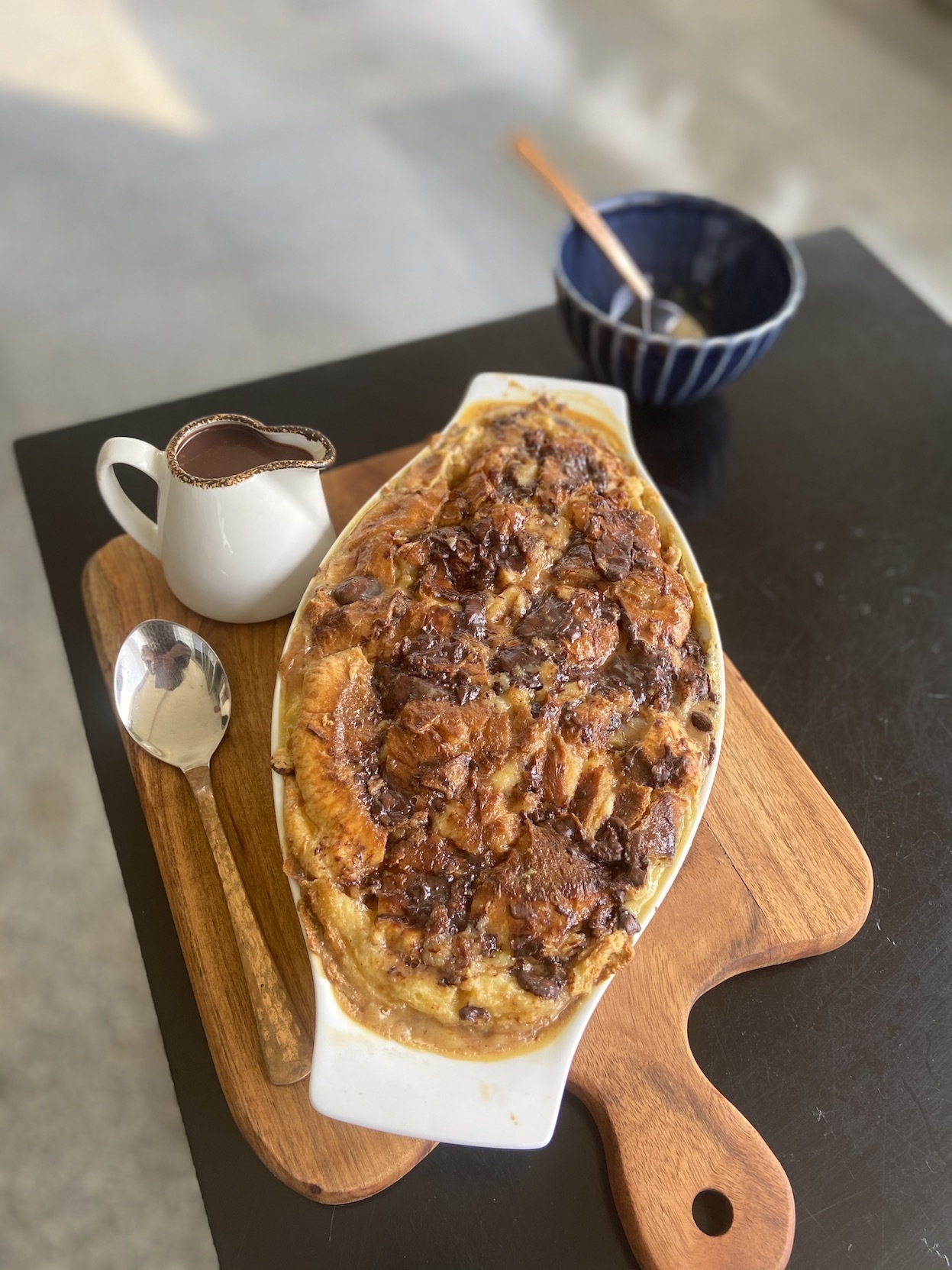 THIS IS AN EASY DISH THAT EVERYONE LOVES. BUN MASCA  (MASCA MEANS BUTTER )IS AVAILABLE AT ANY IRANI BAKERY. IT COMES PARTIALLY SLICED AND BUTTERED. IT IS COMFORT HOME COOKING. IF YOU DONT LIKE CHOCOLATE LAYER THE BREAD WITH A GOOD JAM, ALMONDS, CARAMEL SAUCE, EVEN LEMON CURD.

OPEN THE FIRST BUN UP (WATCH MY VIDEO ON IGTV) AND LAY EACH HALF ACROSS THE BAKING PAN OF YOUR CHOICE SO THE BREAD IS SPREAD EVENLY ACROSS THE PAN OF YOUR CHOICE. SCATTER CHOCOLATE CHIPS ALL OVER. OPEN UYP THE SECOND BUN MASCA AND LAY IT OVER THE STOP. PRESS DOWN SO IT FITS SNUGLY INTOT HE PAN. THEN USE A KNIFE AND CUT THE BREAD ACROSS ALLTHE WAY THROUGH IN TWO PLACES LENGTHWISE.

PREHEAT OVEN TO 325 AND PREPARE LOWER RUNG WITH BAKING RACK.

WHISK EGGS AND VANILLA WITH SUGAR UNTIL WELL INCORPORATED IN A MIXING BOWL. SLOWLY ADD WARM CREAM AND WHISK CONTINUOUSLY. ADD HOT MILK AND WHISK AGAIN. USING A SIEVE, STRAIN HALF THE MIXTURE OVER THE LAYERED BUNS. PRESS THE BUNS DOWN SO THE CUSTARD CAN SEEP INTO IT EVENLY. LET IT SIT 15 MINUTES.

SIEVE THE REMAINING MIXTURE OVER THE BUNS AND LET SIT 15 MINUTES. 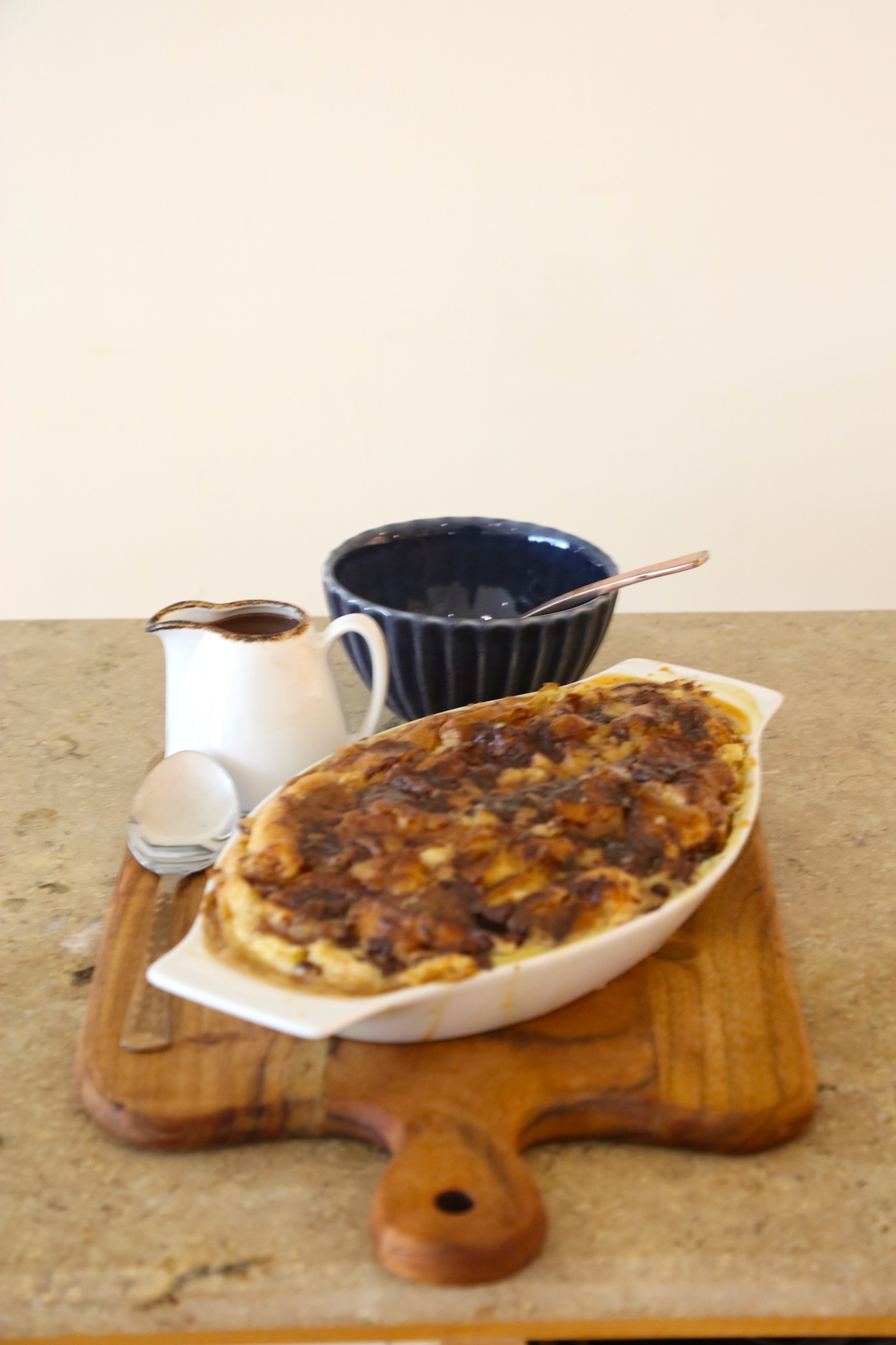 BAKE 30-35 MINUTES UNTIL GOLDEN BROWN. WHEN YOU PRESS DOWN WITH A SPOON THE CUSTARD SHOULD NOT OOZE OUT BUT YOUR PUDDING SHOULD BE SOFT AND CUSTARDY INSIDE. 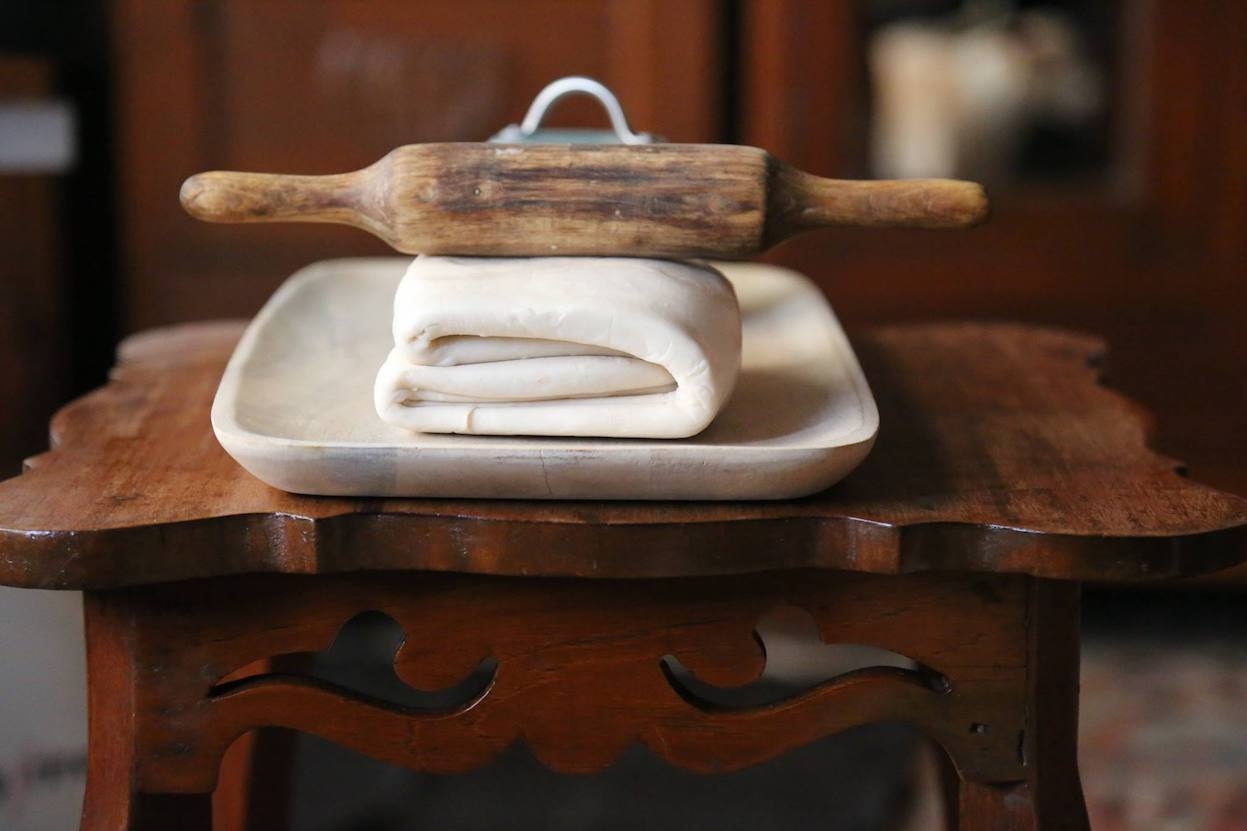 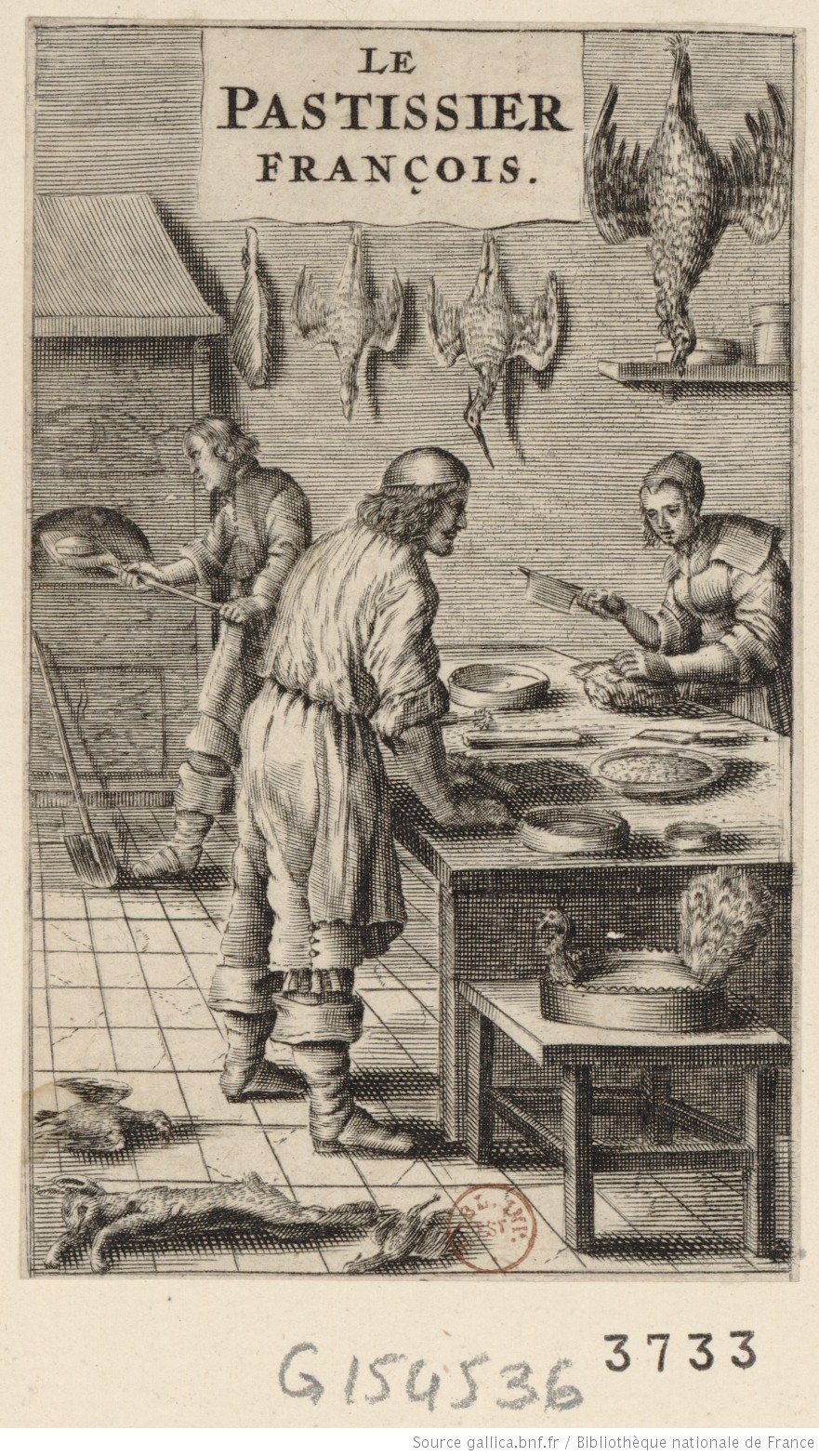 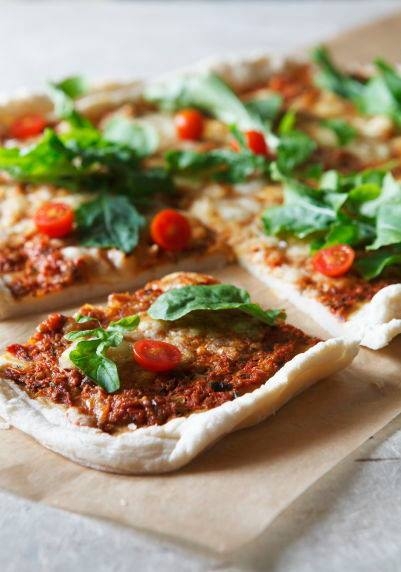 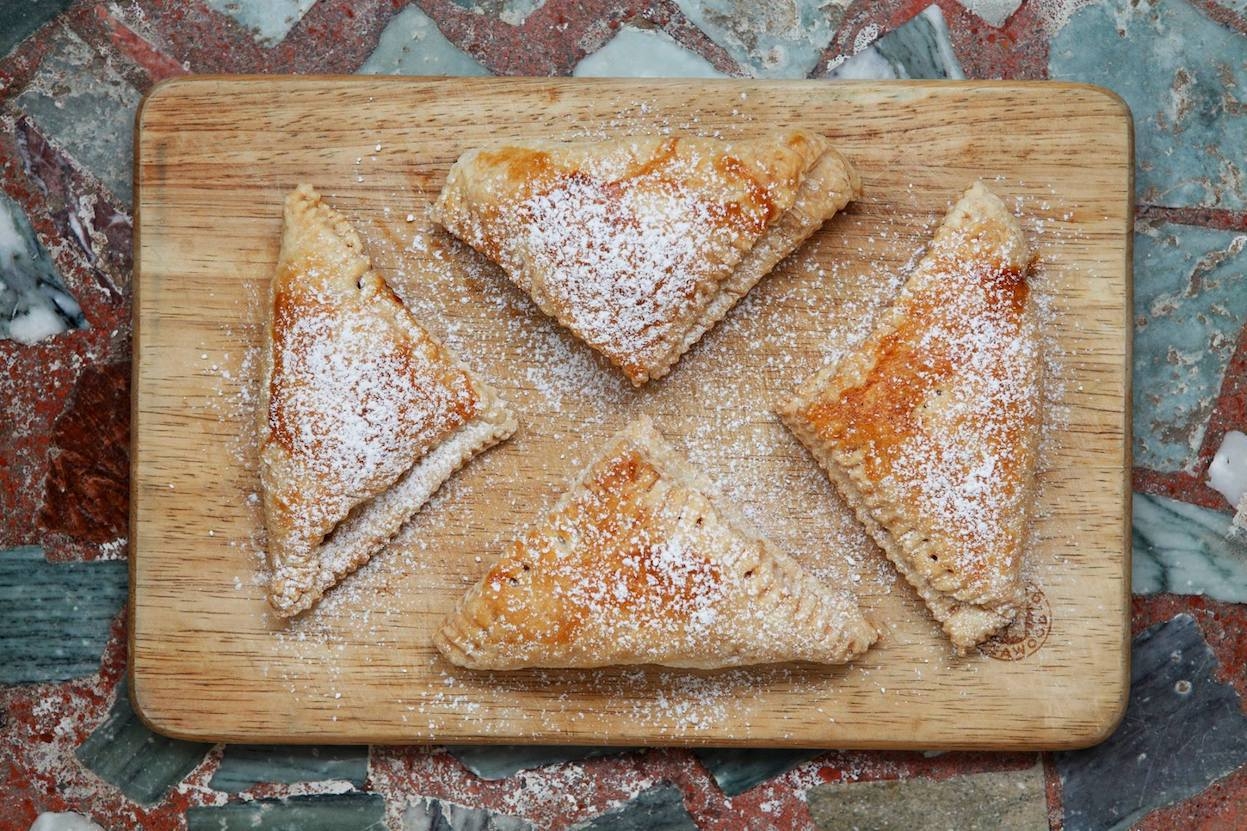 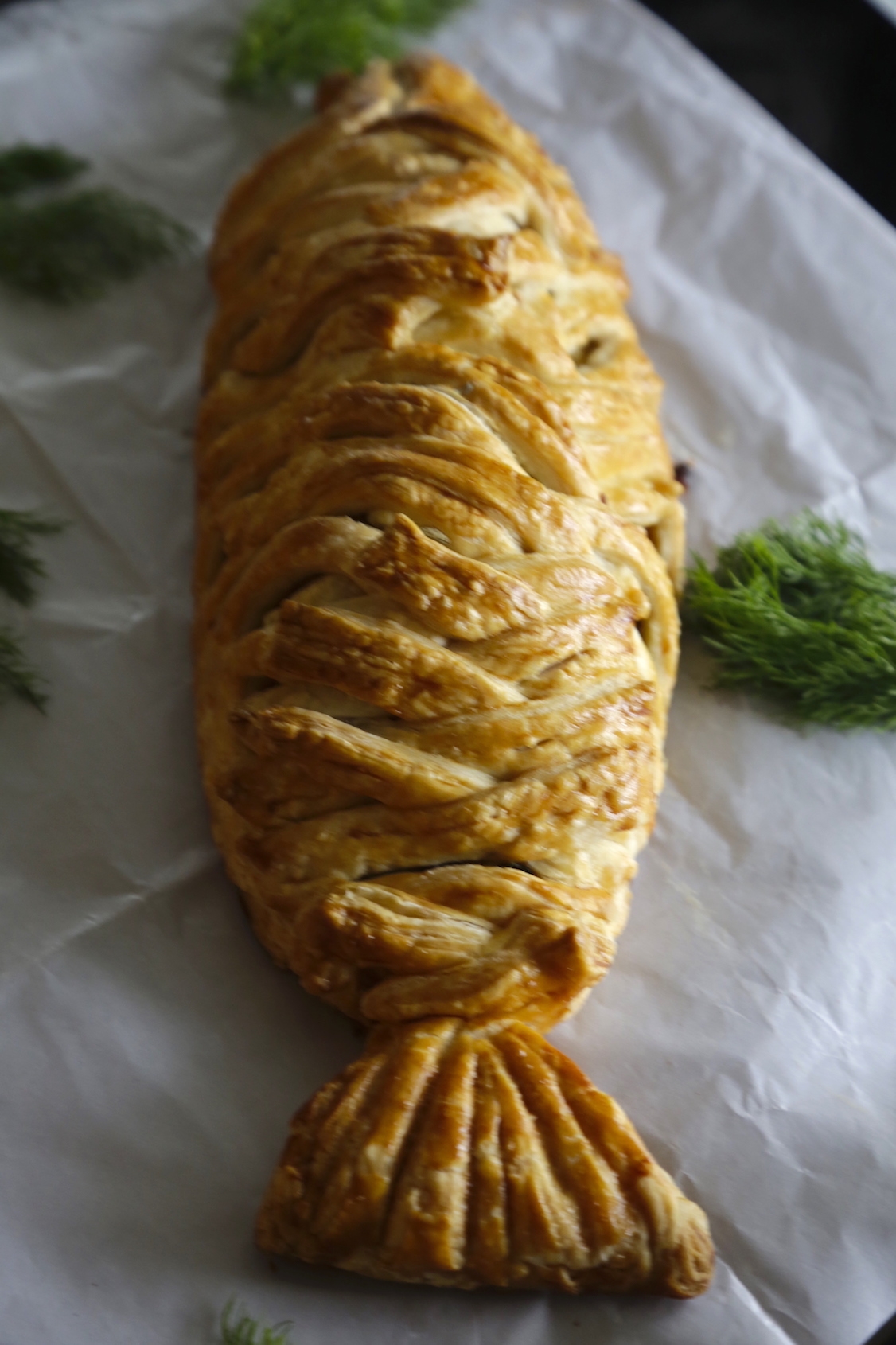 THE ORIGINAL DEVIL’S FOOD CAKE RECIPE PUBLISHED IN SARAH TYSON RORERS NEW COOKBOOK IN 1906 IS COMPLETELY DIFFERENT FROM THE MODERN VERSION OF THE DEVILS’ FOOD CAKE THAT IS NOW SO POPULAR ALL OVER THE WORLD. IT IS HOWEVER DELICIOUS, ESPECIALLY WHEN PAIRED WITH A RICH FROSTING OR FILLING. 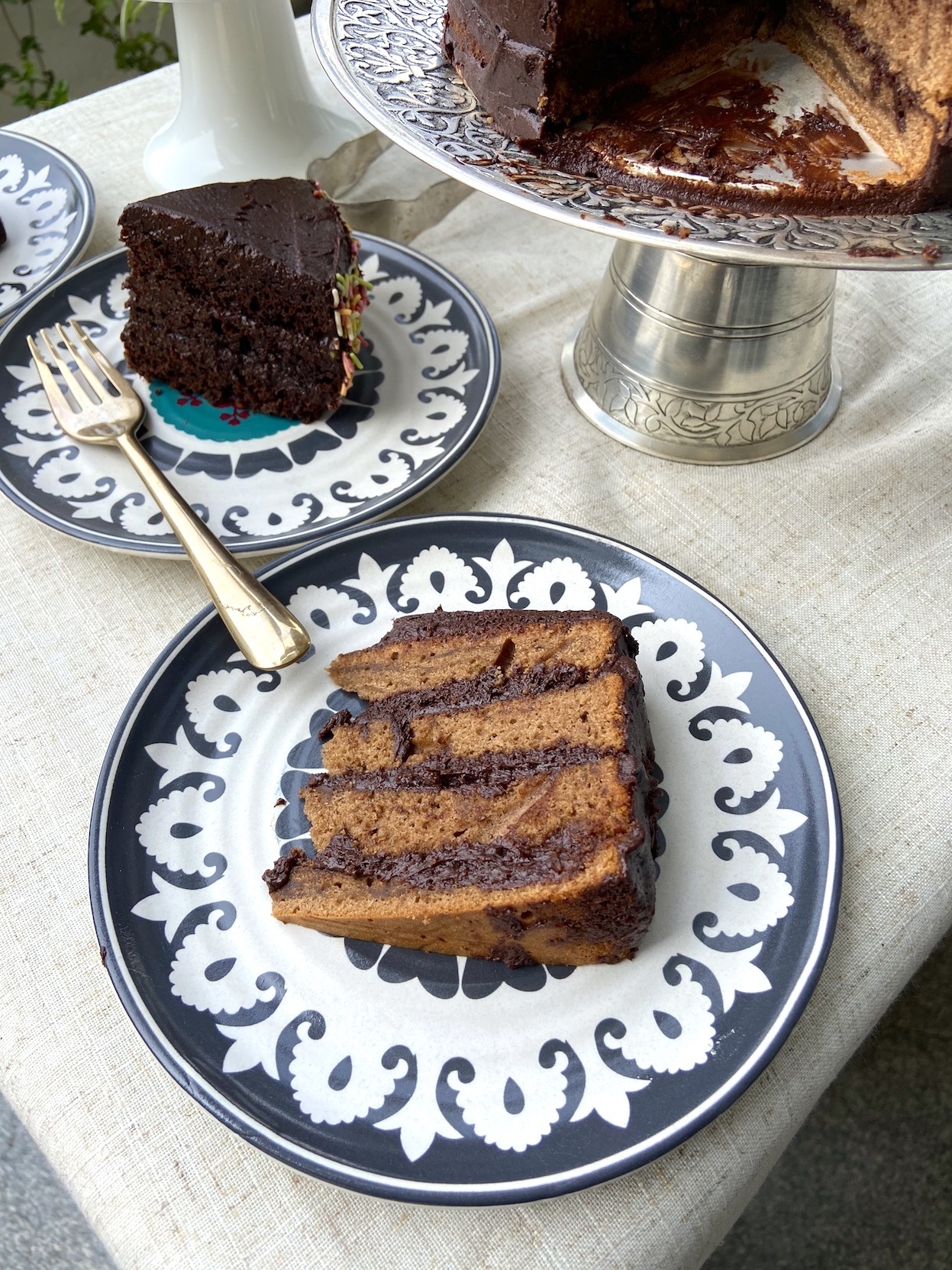 THE ORIGINAL DEVILS FOOD CAKE IS ESSENTIALLY A LIGHTLY FLAVOURED CHOCOLATE SPONGE CAKE. IF YOU LEAVE THE CHOCOLATE OUT OF THIS CAKE IT IS MORE LIKE AN EGGY GENOISE.

THIS CAKE IS MADE WITH CHOCOLATE AND NOT COCOA UNLIKE MODERN DEVIL’S FOOD CAKE RECIPES. THE QUANTITY OF CHOCOLATE USED IS MUCH LESS THAN IN THE MODERN VERSION OF THIS CAKE. IT ALSO EMPLOYS BUTTER AND CALLS FOR WHIPPING EGG WHITES. THIS CAKE IS MUCH DRIER THAN CAKES WE ARE USED TO SO I WOULD SUGGEST BRUSHING THE CAKE WITH SIMPLE SYRUP TO MOISTEN IT. IVE MADE ADAPTATIONS TO THE RECIPE BELOW BECAUSE I FOUND THE ORIGINAL RECIPE BATTER TOO THICK TO FOLD EGG WHITES INTO.

Boil together 2 cups water and 1 cup sugar until reduced to 1 cup. Cool.

Heat the milk and water on a medium flame. When it reaches a bubble turn off the flame and stir in the chocolate pieces and keep stirring until completely dissolved.

Beat the butter and sugar in a stand mixer or use a hand mixer. Beat on medium speed until soft, fluffy and creamy. Add vanilla extract and whisk again. Add one egg yolk at a time and beat until well incorporated. Add the chocolate mixture and beat again on high speed until completely incorporated. You will have a thick batter.

Slowly using a spatula fold these egg whites into the batter.

Divide the batter into the two cake pans. Smoothen the tops gently.

Bake in bottom rung about 25 minutes. Then move to middle rung for another 15 minutes or until a cake tester comes out clean. Your cake will have a light mocha or caramel colour. The top will be cracked like this- 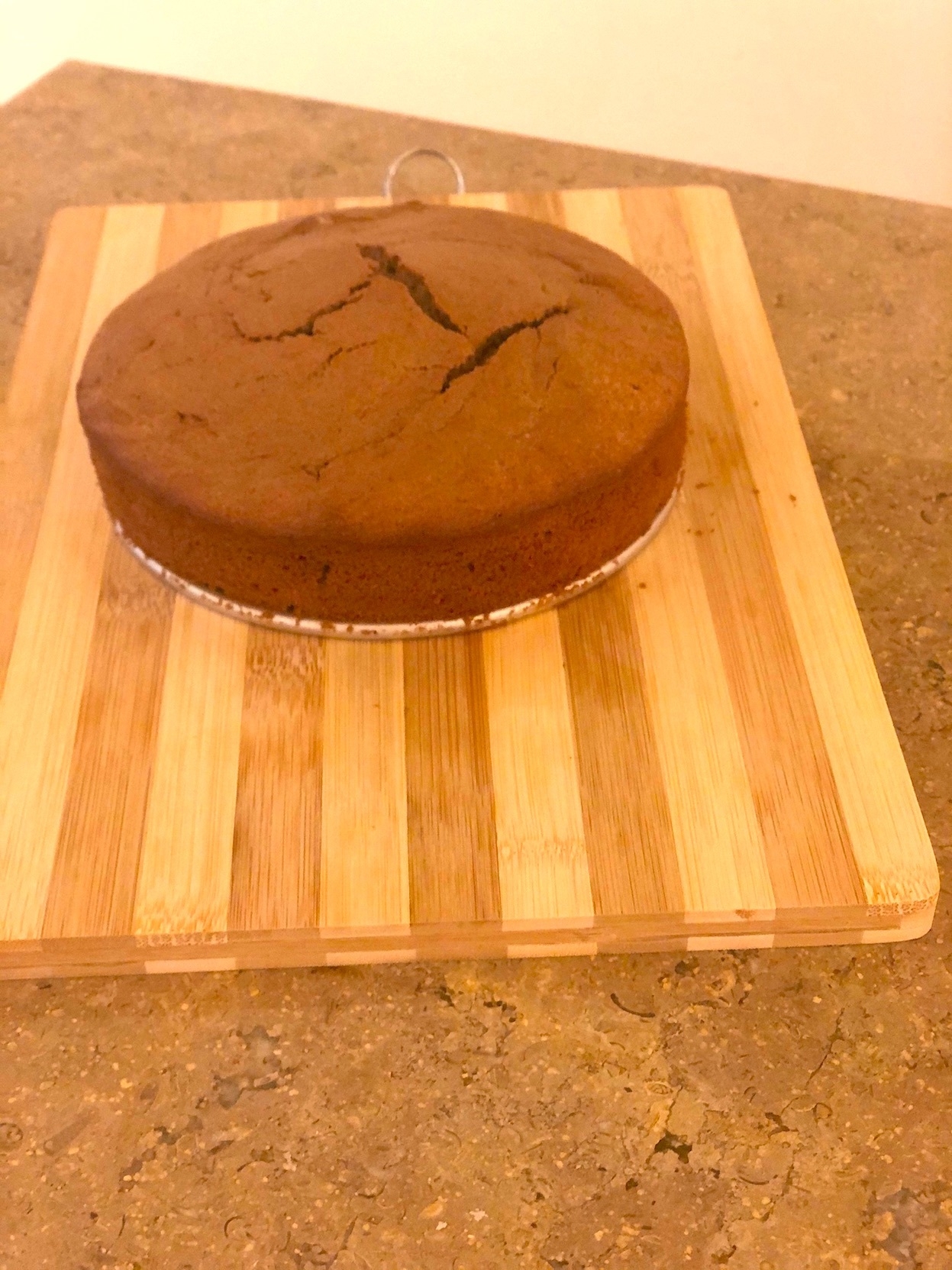 Use a sharp knife to slice the uneven tops off.

Slice each cake into 2 equal halves. Glaze with sugar syrup if desired.

Frost each layer and then cover the entire cake with frosting. 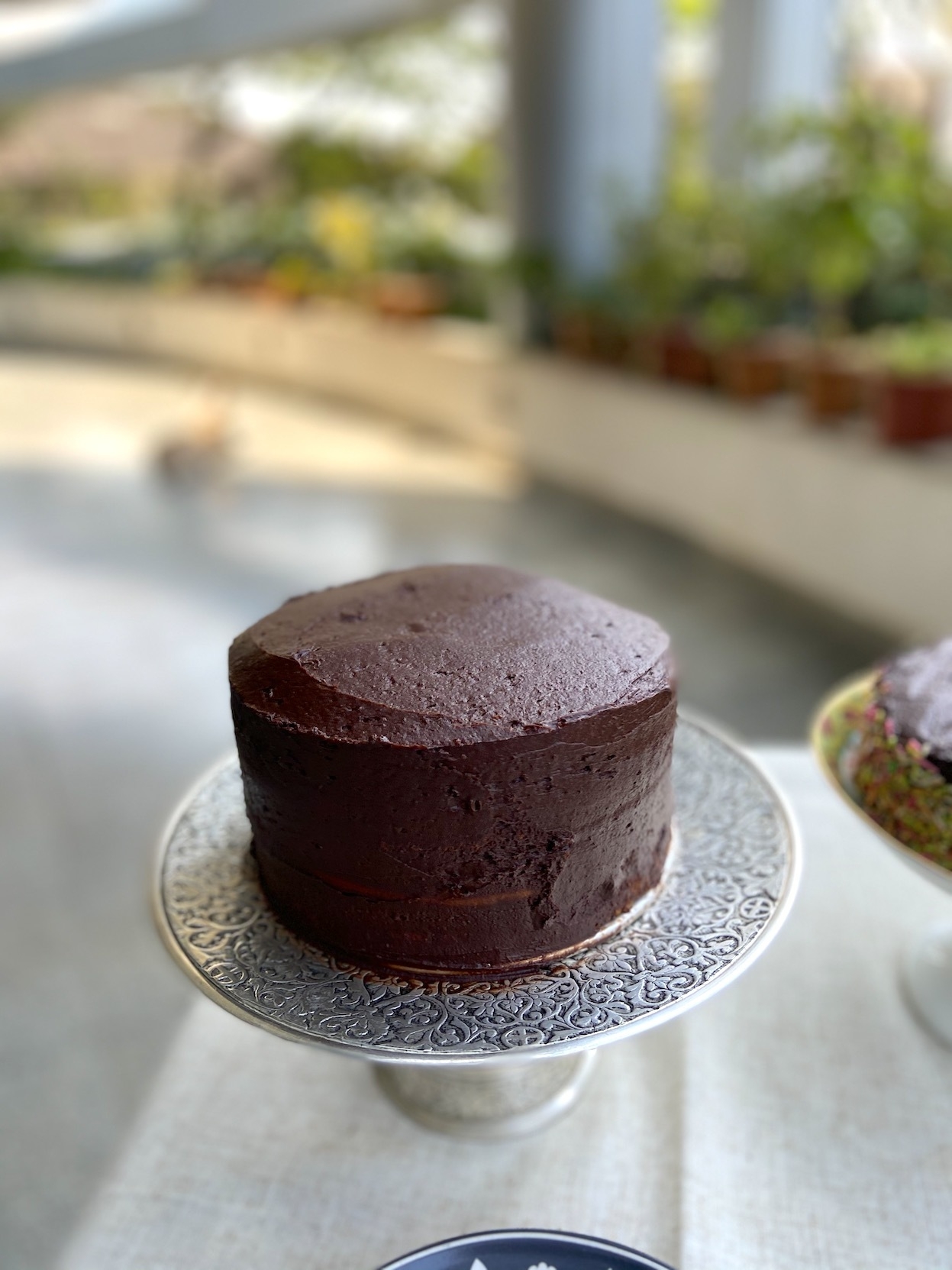 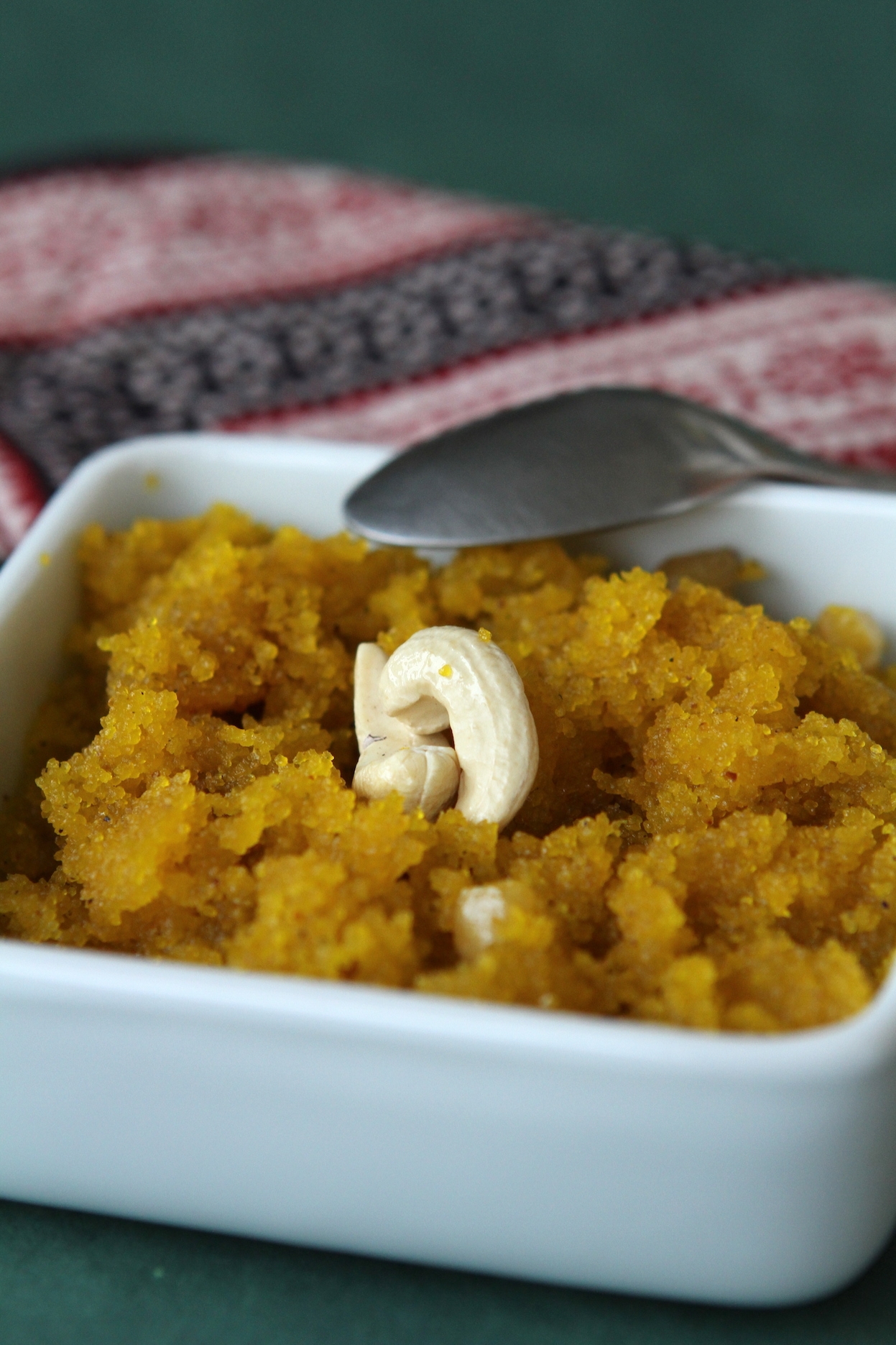 wheat dish is a variant of the traditional sheera I make with coconut milk.

If you use margarine this sheera is vegan.  You can also replace the coconut milk with whole milk and use charoli seeds instead of cashews.

Roast the rawa or semolina in a large non stick skillet on high heat about 5 minutes, stirring constantly. Add the cashews and or almonds and stir again. Add the margarine or ghee and stir it into the nuts and semolina and roast another 4-5 minutes. Add the  nutmeg and stir well. Add jaggery to the hot water and coconut milk and stir well. Stir in shredded coconut Immediately add the hot liquid to the semolina.

The mixture will splutter and steam so keep stirring vigorously until the water evaporates and the halwa/sheera thickens to a consistency you like. The sheera will have a faintly amber color on account of the jaggery.

Cool for a few minutes and serve. You can garnish with a few more  cashew pieces.

Sheera or semolina halwa is really a spiced up version of cream of wheat. It is one of India’s most enduring desserts served to man and God, on sad and happy occasions. It is comfort home cooking at its best. I don’t make mine with ghee which is the norm and I use less sugar and butter than the standard recipe. I prefer a slightly salty butter. The combination of sweet and salty is irresistible. 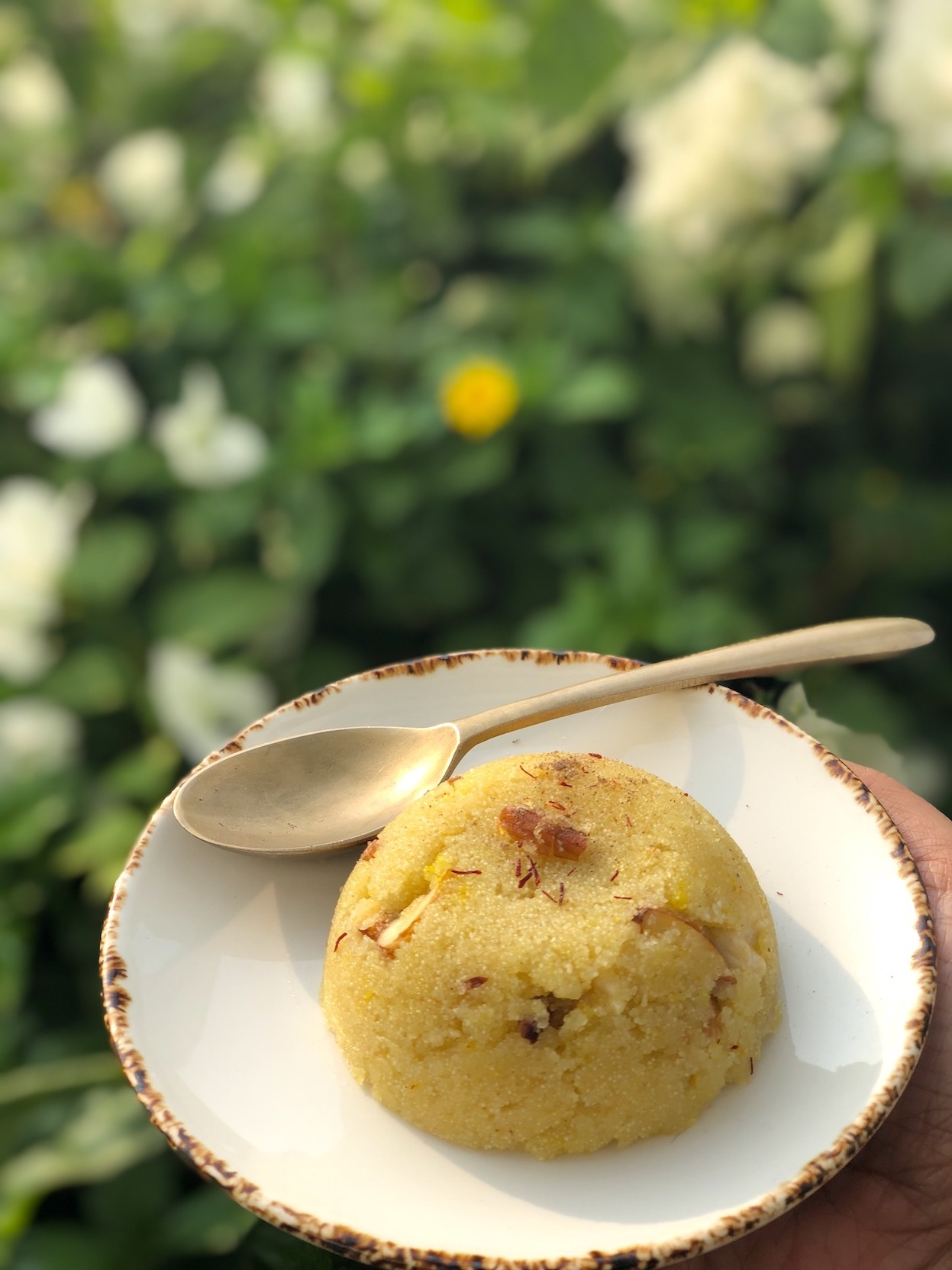 1 cup butter (if using unsalted add a pinch of salt)

Roast the raw or semolina in a large non stick skillet on high heat about 5 minutes, stirring constantly. Add the cashews and almonds and stir again. Add the butter and stir it into the nuts and semolina and roast another 4-5 minutes. Add the saffron and cardamom and stir well. Add sugar and stir quickly and immediately add the boiling hot water.

The mixture will splutter and steam so keep stirring vigorously until the water evaporates and the halwa/sheera thickens to a consistency you like.

Cool for a few minutes and serve. You can garnish with a few more almonds and cashews. 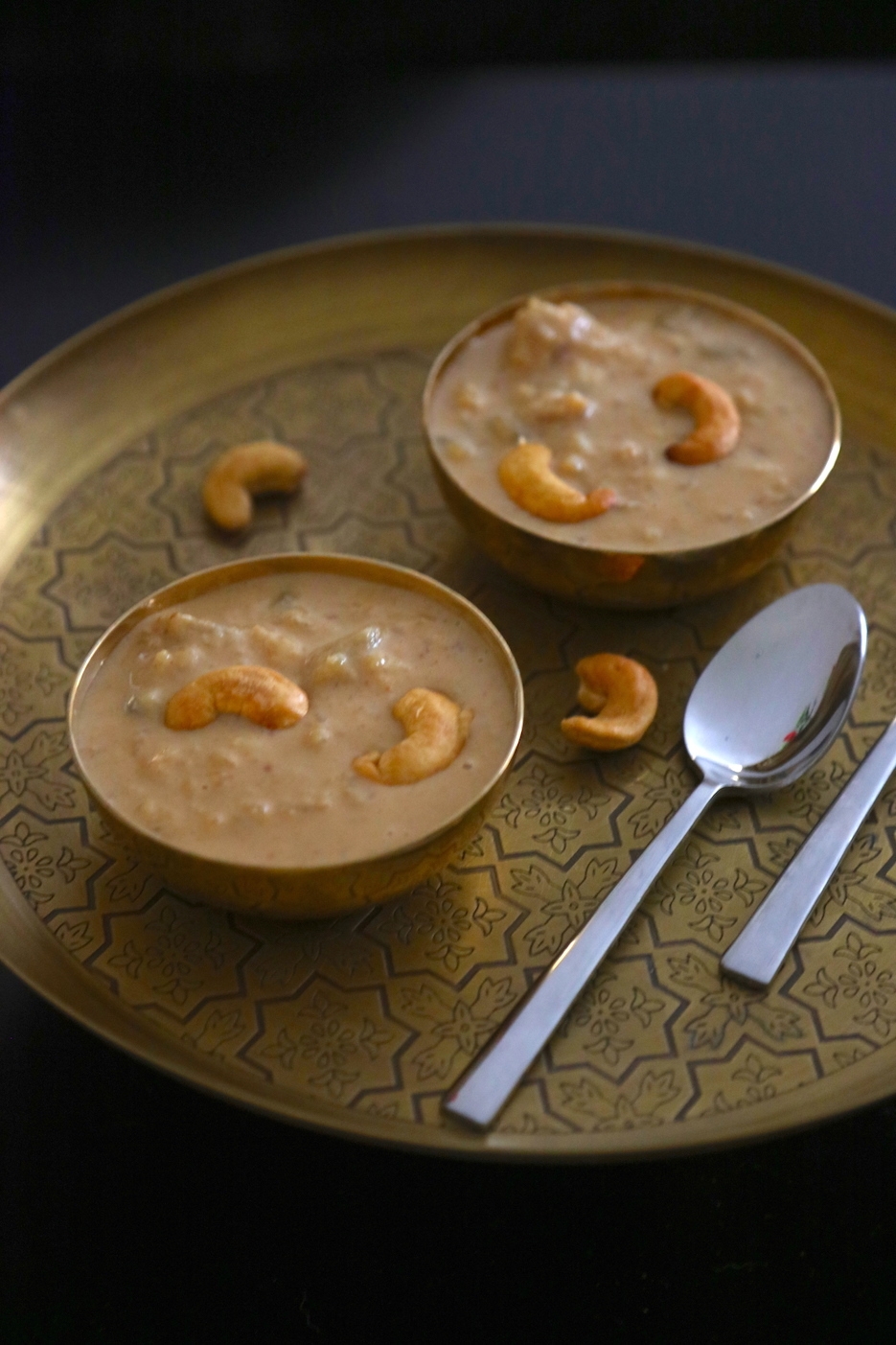 8 CASHEWS SPLICED IN HALF LENGTHWISE

COOK THE RICE AND MILK TOGETHER IN AHEAVY BOTTOMED SAUCEPAN ON MEDIUM FLAME. STIR REGULARLY TO PREVENT BURNING UNTIL MILK IS DOWN TO 1.5 CUPS AND RICE IS COOKED.

AS RICE COOKS COOK THE APPLE AND JUICE IN ANOTHER SKILLET ON MEDIUM HEAT UNTIL APPLES ARE VERY TENDER AND BEGIN TO CARAMELIZE.

ADD THE APPLES AND ANY SAUCE TO THE COOKED RICE AND MILK. STIR WELL. STIR IN RUM AND RAISINS.

TASTE FOR SWEETNESS. YOU CAN ADD HONEY OR REGULAR GRANULATED SUGAR IF YOU LIKE IT SWEETER. TOAST THE CASHEWS IN BUTTER ON A MEDIUM FLAME AND DRIZZLE OVER THE KHEER.