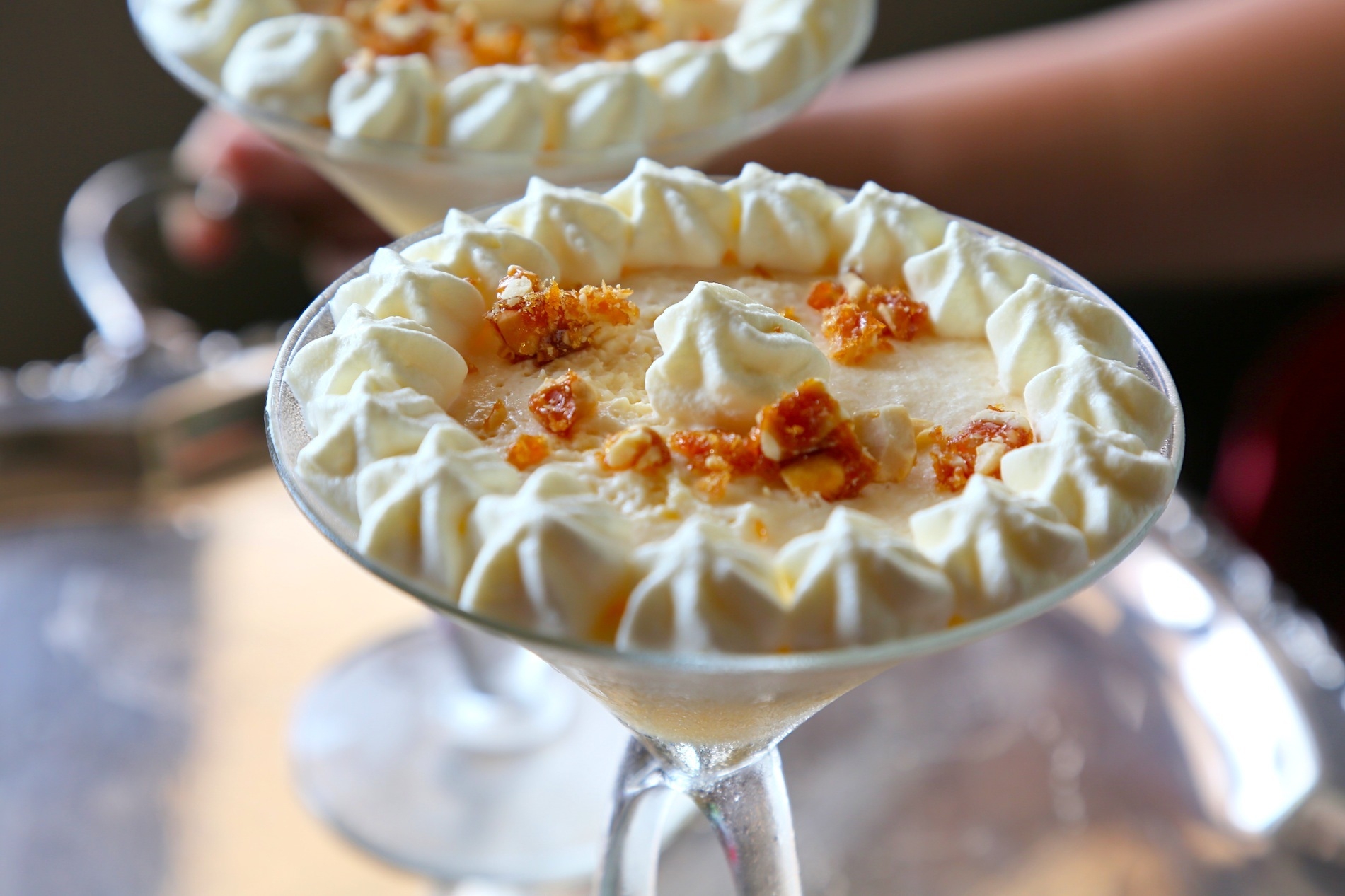 A boozy Byculla soufflé slips over my tongue like a velvet dream. The pudding harks memories of a bygone era when chilled desserts were a luxury, made possible in hot, 19th century Bombay, by expensive shipments of ice from Boston, Massachusetts. The Byculla Club paid 12000 rupees for 300 tons in 1840.

One of India’s earliest ‘gymkhana’ prototypes, the Byculla Club was established in 1833 and lasted the reigns of King William IV, Queen Victoria, and King Edward VII. 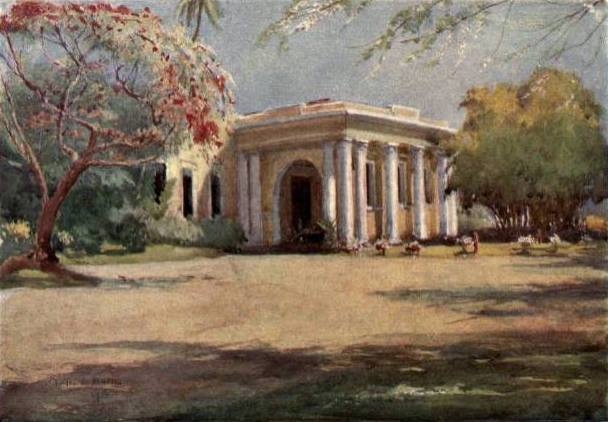 Byculla Soufflé was the clubs signature dish of this club. Served on silver salvers by khitmatgars to well-heeled guests it was all the rage for a century and possibly feasted on by The Duke of Connaught, Prince Albert Victor, Lord Dufferin and Lord Curzon. 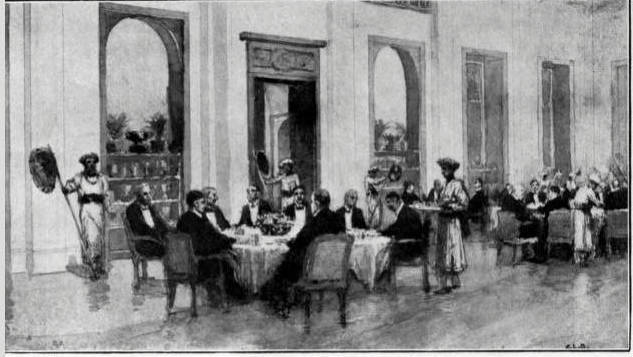 The Times of India, November 29, 1880 writes,
“On Saturday evening H. E. the Viceroy (Lord Ripon) was entertained at dinner by members of the Byculla Club.” 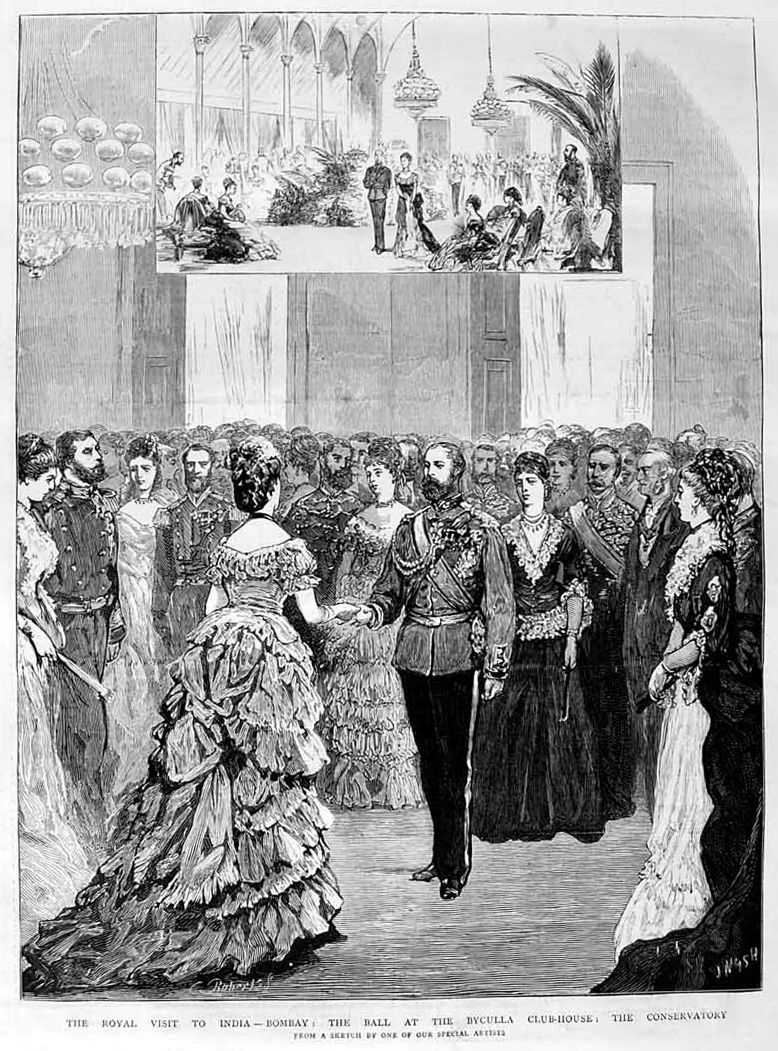 The Royal Visit by Graphic

The Club hosted two major balls in 1875 and 1905, both of which were attended by the HRH Prince of Wales. Governor of Bombay Sir Philip E Wodehouse, (a relative of P.G. Wodehouse) and 150 guests were served a 15-course meal of potage of Green Turtle (now endangered), cuts of beef  (now banned) and pate foie gras (also banned).

In his 1888 book ‘A Year in India’ Shiell, an honorary member writes “Here I became acquainted with pomfret.., drank iced simkin, as champagne is called in India.”

In his 1871 weekly, All Year Round, Charles Dickens praises the abundant supply of cigars, observing the Byculla Club might as well have been in Pall Mall.

Posh is not the first word that comes to mind when one thinks of Byculla today, a run down neighborhood in Mumbai but between 1850 and 1920 some of India’s wealthiest men including David Sassoon lived here.

When the club was shut down after being briefly turned into a hospital, the Byculla Soufflé too was dumped into history’s dustbin. Gymkhanas continue to cater some ‘old world’ fare like Welsh rarebit and crème caramel to India’s gentry but the Byculla Soufflé vanished.

The French word ‘souffler’ literally means to ‘puff up’. Soufflés were hot preparations made with whipped egg whites.  France and England were at war for 400 years but the love of French cuisine in England endured this animosity. French royalty patronized inventive cooks like Vincent La Chapelle, chef to William IV Price of Orange.  He created the recipe for a fluffy omelet soufflé in 1742 and Beauvilliers, chef to Louis XIVIII refined the technique. But it was legendary chef Marie-Antoine Carême (1784–1833) who took it to the world. The Soufflé Rothschild made with a 24 karat gold liqueur Goldwasser; was created by Carême in honor of the Baron. The Queen Mother loved soufflés and actress Sarah Bernhardt had a Curacao soufflé named after her.

S.T. Shepard divulges the club’s original recipe for the Byculla soufflé in the book ‘The Byculla Club’.

“Take the yolks of six eggs, add three tablespoons of good white sugar, beat well till dry and keep aside. Take half a seer of cream and also beat till dry, now take half a packet of Isinglass well soaked, add one liqueur glass each of Kummel, Chartreuse, Curacao, and Benedictine. Mix the whole well together, then put into a mold, on the top put crumbs of mixed biscuit and keep in ice until wanted.”

This recipe is telling of its time. The most startling revelation is that for all it’s mystique the Byculla Soufflé is not a soufflé. Soufflés cold or hot do not contain gelatin. When the cold soufflé was born is unclear but the Oxford Companion to Food calls it a ‘superficial soufflé’, one that mimics a cold gelatin mousse.

The Byculla Souffle, like the Souffle a la Milanaise is really cream fortified with Isinglass and eggs, a technique still used to make robust cake frostings. British Isinglass was invented in 1795 by William Murdoch. The word Seer is a measure, now defunct employed in South Asia in the 1700’s. Approximately .93 Kg= 1 seer.

In 1750 ‘white’ sugar a banal ingredient today was more expensive than grain. The first boiling of sugarcane juice, the whitest extract was highly prized. 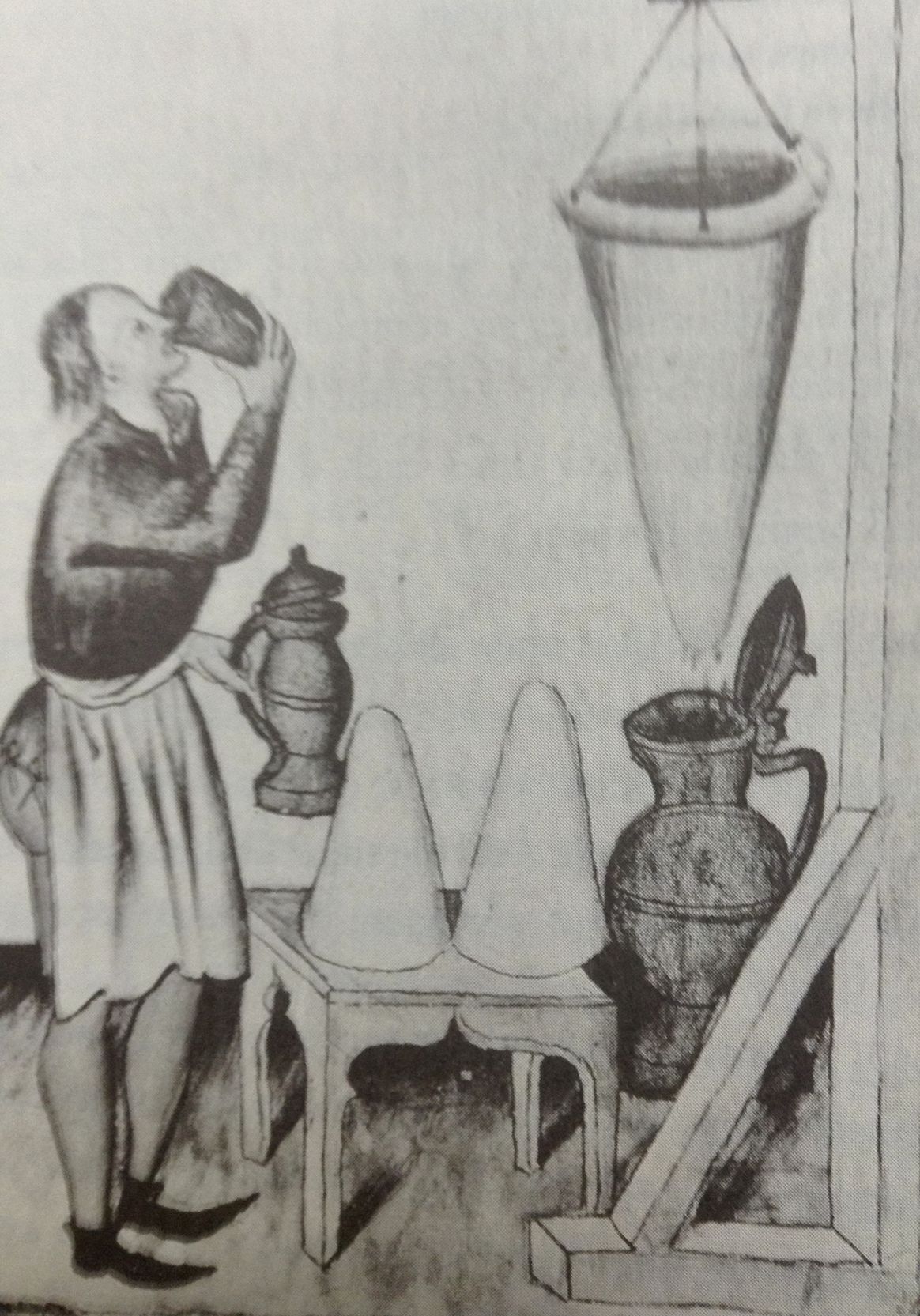 In 1833 the British Empire freed slaves but desperate to maintain sugar profits began shipping ‘willing’ workers to sugar plantations. Ironically the first ships carrying indentured laborers from India departed in 1836 only 3 years after the Byculla club was founded.

Vanilla came to the English courts in the 17th century but is conspicuously absent from this recipe. ‘Egginess’ was more accepted in 19th century desserts that were flavored copiously with European liqueurs because in 1860 Napoleon III signed the Cobden-Chevalier Treaty with England, lowering tariffs on alcohol.  As ships found faster ways to get around the Suez Canal, clubs in India were at the forefront of importing booze. In 1897 the Bangalore Club placed a huge order for whiskey, Old Tom Gin, port, Noyaux and Chartreuse from purveyors in England.

When the Portuguese built Gloria Church near Mahalaxmi in 1632, Bombay comprised 7 islands.  The breach in the low-lying marshes of Mahalaxmi caused flooding at high tide, making habitation impossible. William Hornby, Governor of Bombay proposed the Hornby Vellard (Vellard is Portuguese for fence) project, intended to seal Worli creek. The project began in 1774 and Byculla was born. 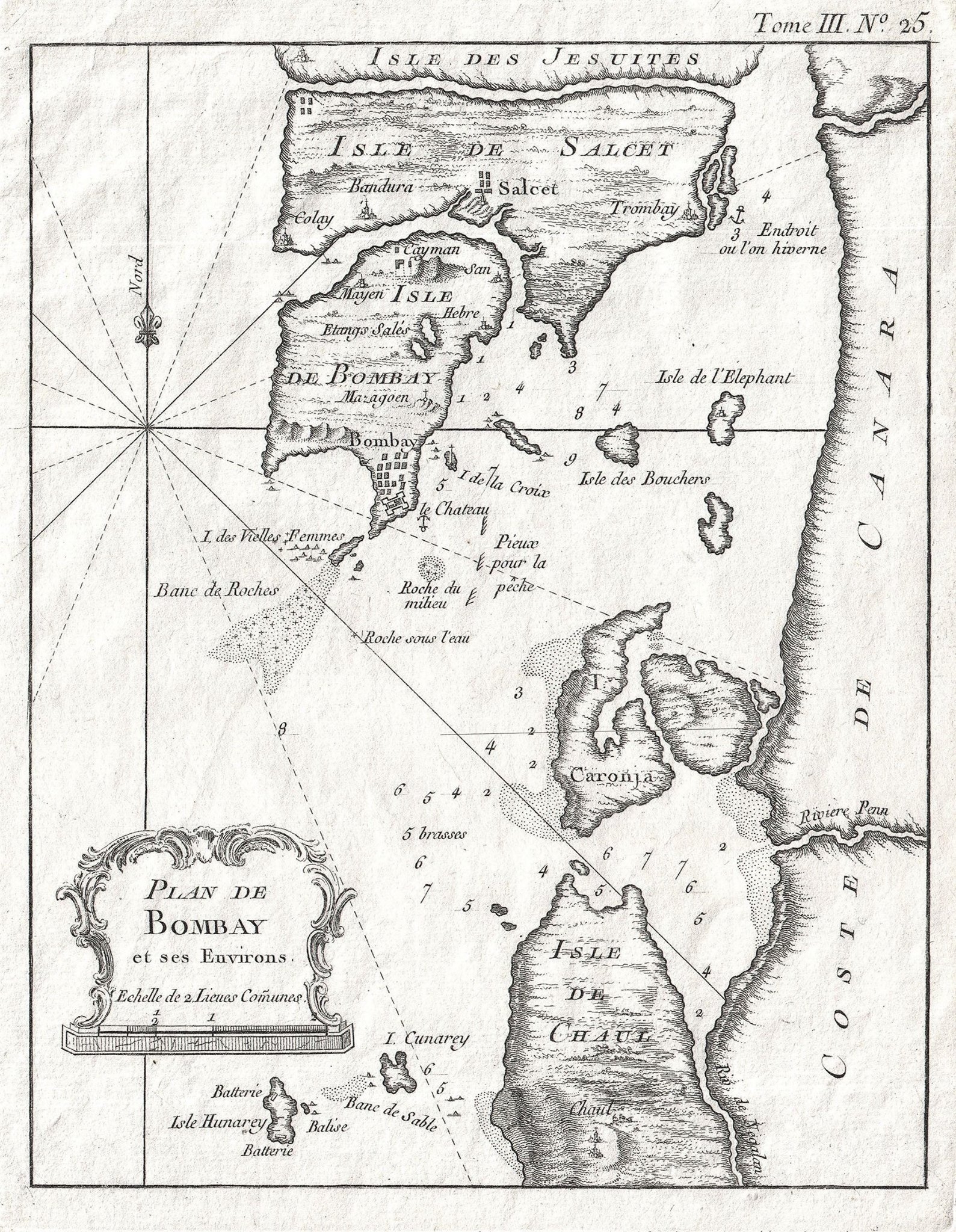 Until the mid 1700’s white officers lived in Mazgaon but in 1790 upon completion of the docks they moved out to Byculla and Malabar Hill along with wealthy families like the Wadias, Manockjees and Jeejebhoys.

Bellasis causeway connecting Mazagaon to Byculla and Malabar Hill was laid and the British Armory also relocated from Fort to Gunpowder Lane in Byculla.

The migration of so many influential people necessitated a social club. By the time the Byculla Club was established, Byculla was Mumbai’s most fashionable neighborhood. Membership was highly sought after despite a princely Rs 300 entry fee.

In Law and Identity in Colonial South Asia, Sharafi writes that the Byculla Club didn’t permit non–white members or women except during balls or galas.

After the 1857 Mutiny things began moving slowly, downhill both for the British and the Byculla club. Novelist Kincaid notes the tension between the two races over club membership was akin to caste tussles over entry to a temple.

In retaliation to these restrictions Indians opened similar clubs like the Pathare Prabhu Social Samaj (1888).
In 1853 Byculla became a stop on India’s first railway line making it accessible to the working class. Mills like the Byculla Iron Works sprang up and suddenly Byculla wasn’t exclusive anymore. Even the construction of the Victoria Albert Museum in 1871, a replica of its London cousin, (now the newly renovated and renamed Bhau Daji Lad) couldn’t stop the decline.

In 1896 the Bubonic Plague in Bombay launched an exodus from Byculla.

The Turf Club moved out, in 1904 the Taj Mahal Hotel was founded in 1904 opened it doors to Indians and the Yacht Club moved into Apollo Bunder. In 1920 the Byculla club property was auctioned off for 45 lakhs.

Alice Roosevelt said “You can’t make a soufflé rise twice.” but Byculla is in the throes of resurgence with refurbishments of schools and museums, new high rises and office spaces. Perhaps some young chef will open a brasserie and serve up the Byculla Soufflé again.