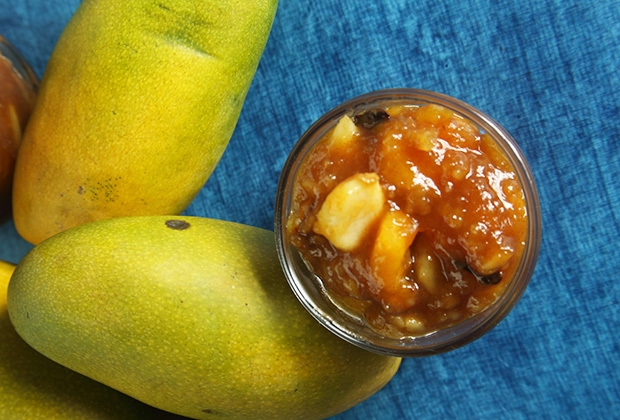 Throughout the monsoon Aaji turned these nubile nuts into lip-smacking fried masala cashews, farasbi kaju usal, moogache kaju dabdab, a Karwari specialty of curried bean sprouts that required us to peel the green husk off every single moong bean. This was the culinary equivalent of a Navy Seal training camp. 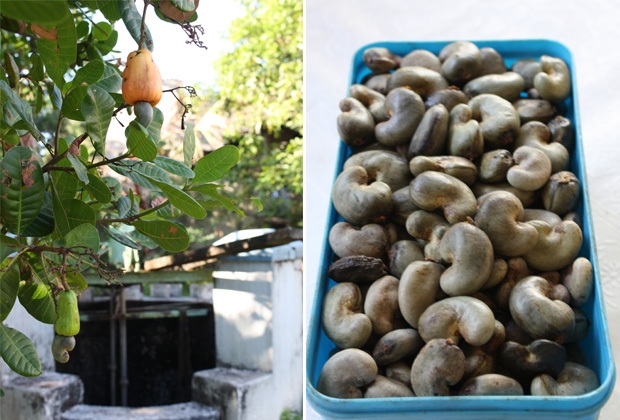 Ajoba had forbidden him from growing Alphonso. Kaka, who was originally from Ratnagiri, the home of Hapus couldn’t abide this lesser-known mango when by birthright he should have cultivated the King.

So, Badamis and Raspuris were turned into aamras, served with saucer-like puris that flew out of Aaji’s kadai onto our plates at the speed of light. Mangoes were also turned into pickles – methamba with fenugreek, sakharammba with saffron and my favourite, garlic and mango lonche. While Langda was reserved for ice-creams and chilled soufflés.

I’m convinced that the Marathi words ‘salsaleet’ and ‘zanzaneet’ were created for foods eaten during the monsoon – when it’s cold and wet outside you warm up to a sizzling, spicy dinner inside.

In the monsoons you literally fritter away your time. Love of deep-fried snacks is a genetic Indian syndrome and resisting them is like trying to medicate for a common cold. Give in gracefully.

Onion bhajjis, crisp on the outside soft on the inside, and fragrant milk tea with pudina and ole chaha (lemongrass stalks) are irresistible on rainy days.

There was also a specialty called ‘shevra‘, or dragon stalk yam, which was chopped and stir fried with a rai-hinga phodni (mustard and asafoetida tempering), colocassia leaves were turned into alu wadi and baby methi was tossed with baby potatoes.

This is more a relish than a pickle and is excellent with pulao, bhaat, curd rice, plain flatbreads or a vegetable dish. It’s also excellent with cheese and crackers, roast chicken and grilled fish. You can use a variety of mangoes for this recipe.